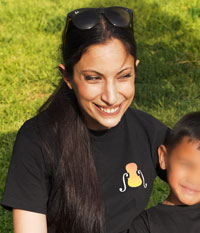 Nikoletta Polydorou is a Choir Conductor with a PhD in Music Education. Upon her return in Cyprus, she works as a Scientific Collaborator at European University Cyprus. She has also been the Director of the Music program at the Foundation of Cultural Creativity for Children and Youth in Larnaca (2011-2016).

Since 2011, Nikoletta is the Music Instructor of Faneromeni schools within the “Project for the Confrontation of School Failure and Functional Illiteracy in Education Priority Zones (ZEP)”. Through these years, she has established a good relationship with the Faneromeni community. She has the general supervision of Sistema Cyprus. 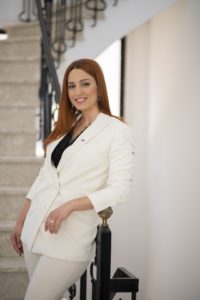 Myria is a young academic with a PhD in Marketing. Myria is the Academic Director of the Cyprus Institute of Marketing where she monitors academic curriculum as well as teaching quality levels. She is a lecturer in marketing, behavioural studies, global marketing as well as social marketing. Myria’s work experience in industry include media sales and customer relations. Myria’s business knowledge skills and links to the Cypriot business sector as well as her knowledge of social marketing are utilised in Sistema Cyprus in the efforts to acquire funds from the private sector, identifying stakeholders and the way in which they impact targets and goals set by Sistema Cyprus.

Apart from fund sourcing, Myria’s responsibilities include communications, PR and social marketing to ensure exposure of Sistema’s theory of change. 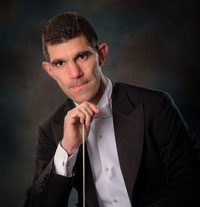 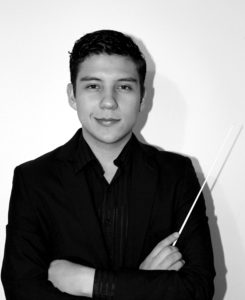 In 2019, he moved to Madrid, Spain, where he joined the “Fundación Acción Social por la Música” by teaching, conducting and volunteering.

Santiago has accepted the position of Artistic Director of Sistema Cyprus in September 2019 and has since resumed his duties in his new role. His responsibilities in Sistema Cyprus focus on the artistic supervision of the education aspect, rehearsals with the Orchestra, chamber groups, sectionals, working with soloists and choir and conduct general stage rehearsals and performances. 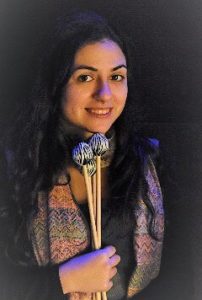 Maria Kramvi is a percussionist with a BMus degree from City University of London and holder of a Master degree from Trinity Laban Conservatoire of Music and Dance – MA in Performance and Education.

Maria did her first steps in orchestras with Cyprus Symphony Youth Orchestra at early age and until today she has been performed with various orchestras in Cyprus and overseas. Also her passion for education and social inclusion led her to a series of trainings in Greece and UK in order to become a World Voice Master Trainer, qualified by British Council. She also received training by the Musicians Without Borders.

At Sistema Cyprus, Maria is the Programme Coordinator of Larnaca Nucleo and leader of community music workshops at the shelters of unaccompanied refugee minors in collaboration with Hope for Children. 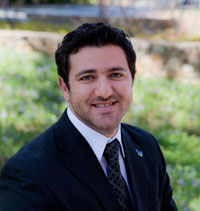 Marios is a teacher, a scholar and an activist who believes that access to good education contributes to the reduction of poverty, the increase of opportunity for a better quality of life and the strengthening of a civil society that lays the foundation for the creation of peaceful democracies. He finds inspiration in the beauty of cultural diversity and teaches about the necessity of openness to cultural understanding and the promotion of inter-culturalism. He earned his Ph.D. in Education from The University of North Carolina at Chapel Hill and has previously worked as a Research Associate at the Open University of Cyprus, as the Director of Grants and Educational Programs at Teachers2Teachers-International and taught at UNC’s Curriculum in Global Studies.

At Sistema Cyprus, Marios contributes to the program’s pedagogical design, assesses its impact, takes a lead on grant proposal writing and has fun. 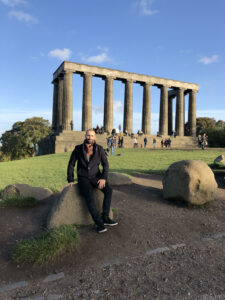 Antonios has a Bachelor’s degree in Politics, Culture, History, Languages of the Black Sea Countries (Democritus University of Thrace, Greece) and a Master’s degree in International Relations and European Studies (University of Kent, UK). He has worked and lived in Brussels for almost 5 years, which was equivalent to Hercules’ 12 Labours, as he proclaims. He had been working at the European Economic and Social Committee until 2018 and then for various private companies/projects in Athens, Greece. He moved to Cyprus amidst the pandemic, and was employed by the British High Commission, Nicosia, working on Citizens’ Rights.

At Sistema he first joined as a volunteer and now as a project manager/administrator. Antonios enjoys politics, history, rock-jazz-blues music, playing the guitar and the bass, occasionally some football too. He is happy to be part of our Sistema family.