Together again! A digital music experience 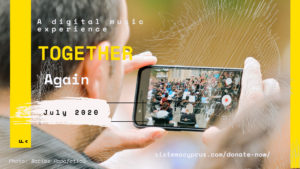 Finding ways to overcome barriers, we are proud to present our orchestra, together again with the use of technology!
Please consider supporting our cause by making a donation through this link (PayPal and Card payments accepted).

Our theory of change

A city, a country, a world where there is “no longer oppressor nor longer oppressed, but human in the process of achieving freedom” (Paolo Freire).

Help us bring social change through music by supporting us! Click below to become a donor.

We are proud to announce the signing of an Interinstitutional Agreement of Cooperation between Sistema Cyprus and El Sistema.

José Antonio Abreu founded El Sistema in 1975 to help Venezuelan kids learn to play musical instruments and be part of an orchestra. Because of his vision, programmes have been established around the world, following the principles of El Sistema, engaging millions of children.

As Sistema Cyprus, we are so honoured to be given the opportunity to learn from the organisation which has brought about a global social music revolution.

This collaboration will include actions such as an exchange programme between artistic directors and teaching artists, academic training, workshops and masterclasses.

Learn more about the values of El Sistema in this Ted Price Talk, by Maestro Abreu himself: 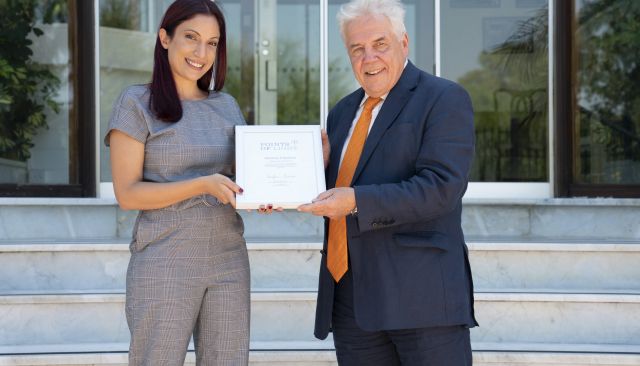 A ROYAL AWARD FOR OUR EXECUTIVE DIRECTOR

On Friday the 21st of August, 2020, the Executive Director and co-founder of Sistema Cyprus, our very own Nikoletta Polydorou was honoured by Her Majesty Queen of the United Kingdom Elizabeth II.

Life with Sistema Cyprus: through the eyes of our young musicians.

Enjoy this mini documentary prepared by the talanted Leda Ayiomamiti, a young film director, who has been volunteering with Sistema Cyprus since day one. Thank you to everyone who participated, thank you for sharing your stories.

'Sistema in Concert' for the World Refugee Day 2019

On June 12th, 2019, in a crowded Bank of Cyprus Cultural Foundation’s Open Air Theatre in Faneromeni, Nicosia, Sistema Cyprus and the Windcraft Junior band proved that music knows no boundaries.

'Sistema in Concert' was organized under the auspices of the United Nation’s High Commissioner for Refugees in Cyprus as part of its activities  on the occasion of this  World Refugee Day. With  the slogan “Join us and take a step #WithRefugees” the concert sent a ‘loud musical’ message calling for the respect, acceptance and integration of refugees into the new societies. The orchestra, under the artistic and musical direction of Petros Stylianou, took the audience on a musical journey through rhythms and melodies from around the world and especially from Latin America.